Tallow fatty acids are animal derivatives that are used in a wide range of applications including oil field consumption, resins, industrial cleaners, personal care, and in rubber and textile industries.  Tallow is a rendered form of beef or mutton fat, and is primarily made up of triglycerides. Tallow is used mainly in producing soap and animal feed.  Tallow can be used for the production of bio-diesel in much the same way as oils from plants are currently used.

Many items of traditional goods are produced from tallow, which was widely available domestically.  Though many manufacturers have switched to vegetable based raw materials, tallow has historically been used to manufacture bar soap.  Other common products containing tallow include: 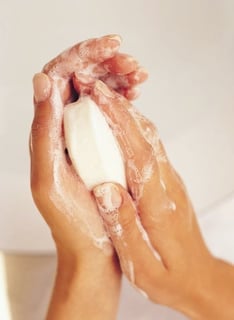 Ourmarketresearch.com recently put out a report titled "Tallow Fatty Acids Market Growth Factors, Applications, Regional Analysis, Key Players and Forecasts by 2022."  According to their website, the Report "is a professional and in-depth study on the current state of the Tallow Fatty Acids industry with a focus on the market trends, market size, market share. The report provides key statistics on the market status of the Tallow Fatty Acids market manufacturers and is a valuable source of guidance and direction for companies and individuals interested in the industry" https://ourmarketresearch.com/122847/tallow-fatty-acids-market-growth-factors-applications-regional-analysis-key-players-and-forecasts-by-2022/)
Twin Rivers Technologies (TRT) was listed as a top key player in the Tallow Fatty Acids market in this publication.  TRT produces a wide range of tallow fatty acid products at our Quincy, Massachusetts facility including a partially hydrogenated tallow fatty acid, and edible tallow fatty acid, a distilled unhydrogenated tallow fatty acid, and a distilled whole cut tallow fatty acid.  To find out more about our tallow fatty acid product line or to visit our website to learn about all of the products that TRT currently offers or learn about our sustainability program, please visit our website